For Kath and Rod Griffiths, passing on is merely another beginning. Kath is a spirit medium with a lifetime of paranormal experience and a powerful sense for the Spirit World.

In 2008 and 2009, her abilities led herself, Rod, and a team of divers on an extraordinary journey. They would embark on a quest to recover the body of St Helens pharmacist Alan Costello. Alan disappeared in May 2008 while diving in the engine room of a sunken ship called the Rosalie Moller. Three expeditions to the Red Sea failed to bring him home – until Kath began to receive spiritual guidance from the man himself.

Twelve years later, Kath, Rod and Graham Evans have written about the experience in their book, Finding Alan. 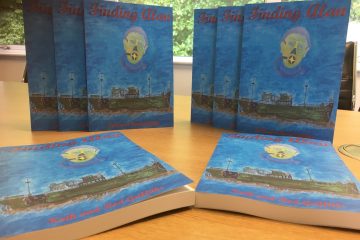